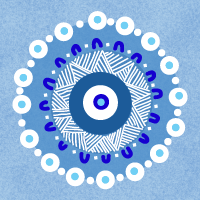 An Aboriginal Community Controlled Health Service (ACCHS) is an incorporated Aboriginal organisation initiated by and based in a local Aboriginal community. They deliver a holistic and culturally appropriate health service to the community.

The Durri Aboriginal Corporation Medical Service (Durri ACMS) was established in 1976. The name Durri means “to grow in good health” and was bestowed upon the organisation by members of the local Aboriginal community.

Located in Kempsey, approximately half way between the cities of Brisbane and Sydney. Durri is on the traditional land of the Dunghutti people.

Galambila has been providing health services to the Aboriginal community for nearly 20 years. In 1998 it was recognised the Aboriginal people of the Coffs Harbour region needed a dedicated medical centre, without needing to travel over an hour away to access culturally appropriate services.

Starting as a GP clinic with just five staff, Galambila became independent in 2008 and we are now an Aboriginal organisation employing over 50 staff across three mid north coast locations and see around 900 patients per month.

Our goal is to improve the health of our people and the community.

Werin is an Aboriginal Medical clinic committed to providing culturally appropriate, holistic health and well being services for Aboriginal people.