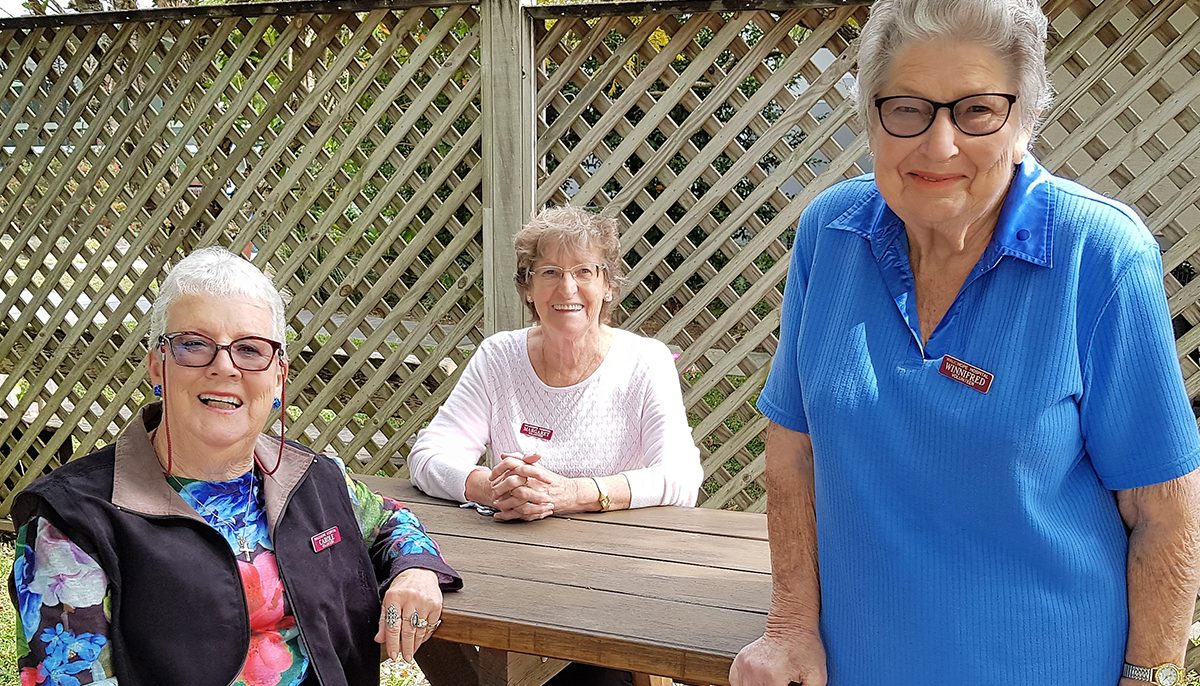 Wauchope’s Life Member of the United Hospital Auxiliaries of NSW, Win Secombe, has been returned as president of the Wauchope Hospital Volunteers at the group’s Annual General Meeting.

The 83-year-old showed no signs of slowing down as she humbly accepted her nomination for president for the fourth consecutive year.

Treasurer Margaret Mostyn was also re-elected and so too Carole Peters as Secretary. Barry Peters is Vice-president.

Despite a year most volunteer groups would rather forget thanks to COVID-19, the Wauchope Hospital Volunteers still managed to donate $25,622 in equipment that will improve patient care or amenity at Wauchope District Memorial Hospital.

The donation included a patient hoist and patient transfer lifter, care packages for patients and improvements to the hospital pergola garden.

Most of the funds were raised at the group’s IGA stalls, even though they were cancelled for eight months as a COVID precaution, or through the volunteers’ Cameron Street shop front.

Win was quick to thank every volunteer who made the donations possible, and extended her gratitude to the people of Wauchope for supporting the craft and produce stalls. She also praised the support she received in particular from Treasurer Margaret Mostyn.

Also attending the meeting was the North Eastern Regional Representative of the United Hospital Auxiliaries, Dee Hunter, and Wauchope hospital’s Director of Nursing/Executive Officer Ann Bodill, who shared her gratitude for the volunteers’ support.

While the past 12 months have presented the volunteers with challenges, it has also delivered opportunities, one of which was a $8740 NSW Government grant for a trailer to enable the volunteers to transport stock to and from their popular stalls.

The pandemic has, unfortunately, prevented the group from celebrating its 75th anniversary this year, but President Win was adamant the delayed celebration next year would be worth the wait.

The group’s next fundraising stall is this Friday at the IGA carpark in Hastings Street from 8am to 2pm. Winter woollies for bubs, children and adults will be on sale, along with a diverse range of other skilfully crafted items and plants. The group’s popular barbecue will also return.