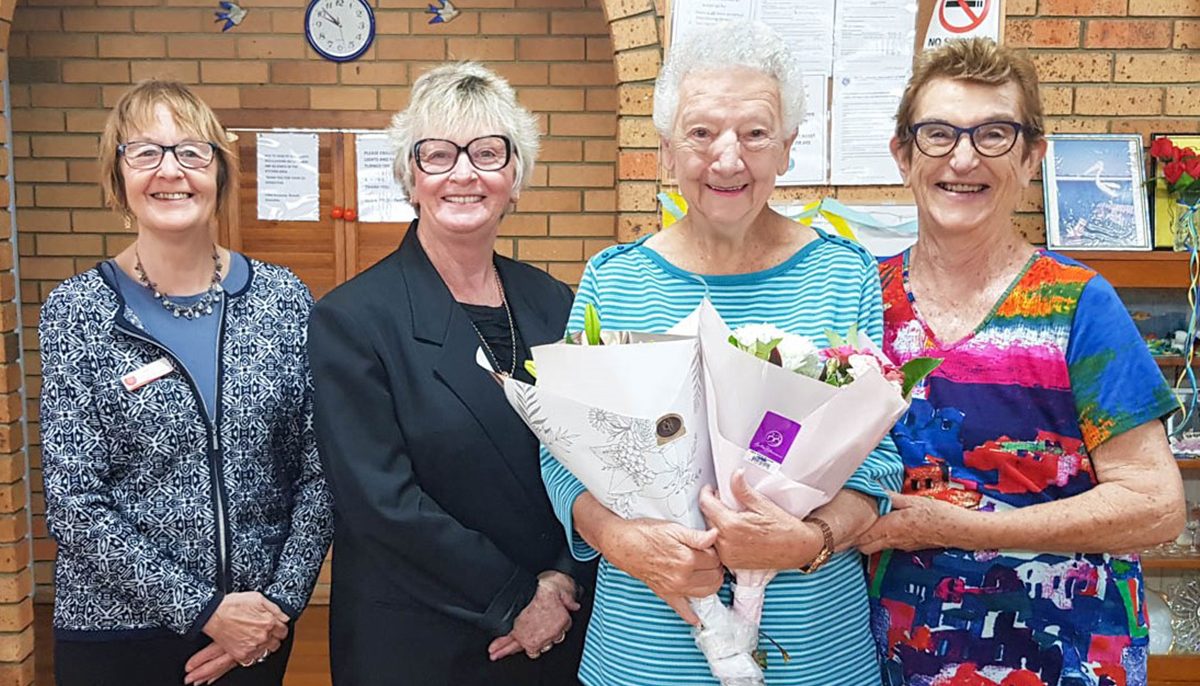 Aileen Lewthwaite has served Kempsey District Hospital as a dedicated volunteer for three decades, and now the organisation she led for 12 years as president has awarded her its highest honour, Life Membership.

As Kempsey branch president of the United Hospital Auxiliary and Pink Auxiliary until her retirement last year, Aileen has given countless hours of service, ensuring the branch could continue its proud tradition of supporting Kempsey Hospital for more than 80 years.

President Maxine Walker presented the 86-year-old with the award, declaring Mrs Lewthwaite to be one of the branch’s living treasures.

“Just like her sister, Carrie Lewthwaite, Aileen has dedicated much of her life to the Auxiliary, and to the patients and staff of Kempsey District Hospital,” Mrs Walker said.

“I can’t begin to calculate how many hours she would have given, not only in her capacity as president, but as a volunteer selling raffle tickets, organising fetes, working in the former Daisy Turner Kiosk and as a delegate to UHA state and regional conferences.

“I haven’t known Aileen as long as some Auxiliary members have, but I do know that Aileen is a loving, thoughtful and giving person who has a great sense of humour.”

Mrs Lewthwaite took over the presidency of the Kempsey UHA branch in 2010, following the retirement of her sister Carrie Lewthwaite after 58 years as a hospital volunteer.

It was supposed to be a short tenure of just a couple of years, which turned into 12, during which time the branch donated more than $100,000 in medical equipment and patient comfort items to the hospital.

The North Eastern Regional Representative for the United Hospital Auxiliaries of NSW, Dee Hunter congratulated Mrs Lewthwaite on her award.

“Aileen was always there for the branch, often through difficult times such as when the Daisy Turner Kiosk eventually closed and was transformed into a testing clinic, and of course keeping the branch together through the challenges thrown at us all by the COVID-19 pandemic,” Mrs Hunter said

“The branch’s recognition of Aileen’s dedication and leadership for so many years is well deserved, and Aileen is to be heartily congratulated.”

The award came as a complete surprise to Mrs Lewthwaite, who was clearly moved by the honour.

“I want to thank you all for your kind words. I’ve enjoyed my years with the branch and working with you all,” she said. 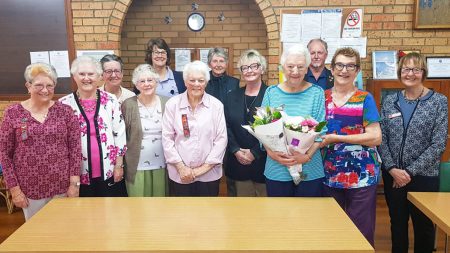