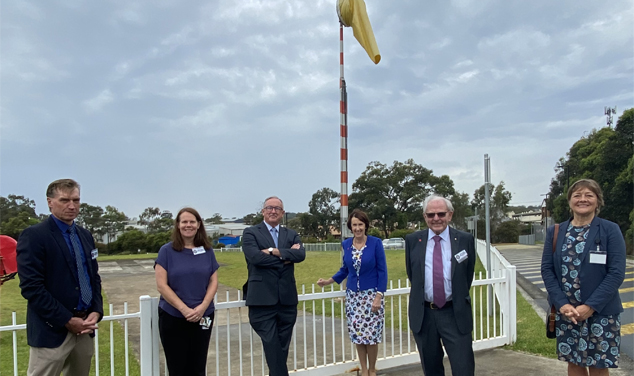 Patients across the Mid North Coast will soon have faster access to emergency care at Port Macquarie Base Hospital, via a new $10 million helipad on its rooftop.

Health Minister Brad Hazzard and Member for Port Macquarie Leslie Williams today announced $10 million will be included in the 2020-21 NSW Budget to commence construction of a new helipad on the roof of the hospital’s emergency department to improve aeromedical services for local patients.

Mr Hazzard said the $10 million boost was another example of the NSW Government delivering on its promise to provide improved local health services in rural and regional areas, including the Mid North Coast.

“The new helipad will provide patients with the most direct route to the hospital’s emergency department and operating theatres when they need it most,” Mr Hazzard said.

“The $104 million expansion of Port Macquarie Base Hospital included foundations for a future rooftop helipad directly above the emergency department and this is now becoming a reality for the community.”

The state-of-the-art helipad is expected to receive between 50 and 60 retrievals a year.

Mrs Williams said the existing helipad had undergone improvements over the years to meet changing aircraft requirements, but the new helipad will be a vast improvement that will serve the community well, right into the future.

“This new helipad will give the people across the Mid North Coast region direct access to expert medical care,” Mrs Williams said.

“As an extra bonus, the site of the existing helipad will be transformed into additional hospital car parking for staff, patients and their families.”

During their visit to Port Macquarie Base Hospital today, Mr Hazzard and Mrs Williams met with local health staff and thanked them for their efforts during a challenging year.

Port Macquarie Base Hospital is a major referral hospital for the Hastings Macleay Clinical Network which provides specialist services to people in the Port Macquarie-Hastings and Kempsey local government areas.