The centre is part of the NSW Government’s $100 million HealthOne program that makes it easier for residents to access a range of community health services and providers.

Mrs Williams thanked local staff who have been involved in the planning of the new facility and thanked volunteers for their ongoing support.

On her visit to the Mid North Coast, Minister Taylor announced the start of work on the new state-of-the-art rooftop helipad at Port Macquarie Base Hospital.

The helipad will be relocated from its existing ground level site to the rooftop above the emergency department to provide patients with a fast and direct connection to emergency care and operating theatres.

Construction of the helipad is expected to take about 13 months to complete and will pave the way for the creation of an additional 180 car parking spaces.

During their visit, Minister Taylor and Mrs Williams also met with local health staff and thanked them for their continued efforts throughout the challenges of the past two years. 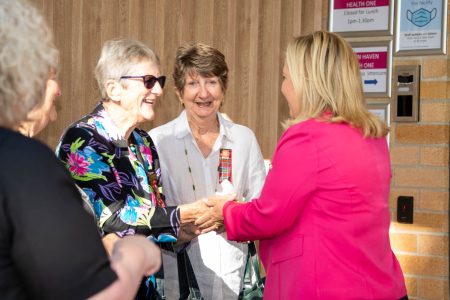