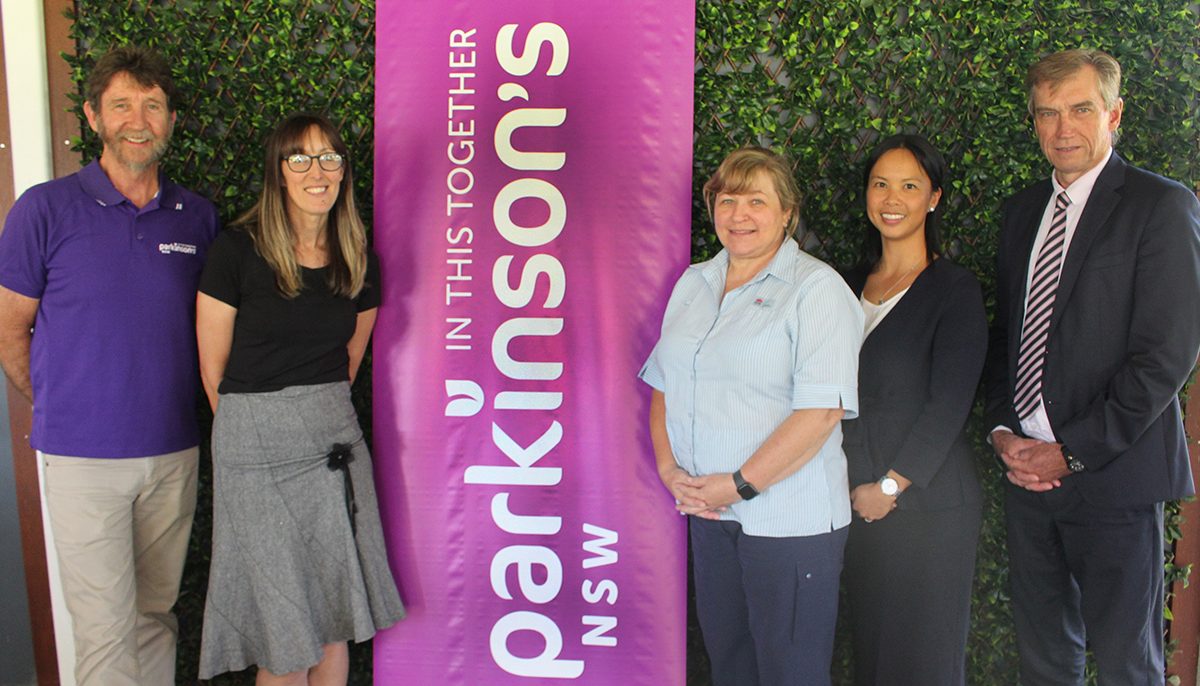 People living with Parkinson’s disease in the Mid North Coast Local Health District now have the support of Parkinson’s Specialist Nurse Jody Lloyd who is trained and experienced in the care of people with the neurodegenerative condition.

She replaces Specialist Nurse Rachael Mackinnon who has relocated to Sydney and now works in the role of Clinical Lead for Parkinson’s NSW.

The position is being co-funded by Mid North Coast Local Health District and Parkinson’s NSW.

Jody is a nurse with advanced education and more than a decade of experience spanning roles in both Australia and the UK. She has experience in Parkinson’s, Aged Care, Cardiology, health education and evaluation of standards of care.

MNCLHD Chief Executive Stewart Dowrick said specialised neurological nurses are proven to have many benefits for people living with Parkinson’s and their families.

“Over the past four years, we have been so lucky to have Parkinson’s nurse Rachael caring for people in our community and I am sure Jody will continue to do an outstanding job.

“The placement of a nurse assists with the high rates of depression and anxiety associated with Parkinson’s. Carers and family members also notice significant improvements in their own well-being, with reduced levels of depression,” Mr Dowrick said.

“Hospital stays can also be reduced through the intervention of a specialist nurse,” Mrs Williams said.

“This model permits the Specialist Nurses to work across a number of settings including hospitals, clinics, patient’s homes and Aged Care facilities,” she said.

“There is also evidence that this model of care helps to reduce the sense of isolation many people with Parkinson’s experience, along with the high rates of depression and anxiety associated with the disease.”