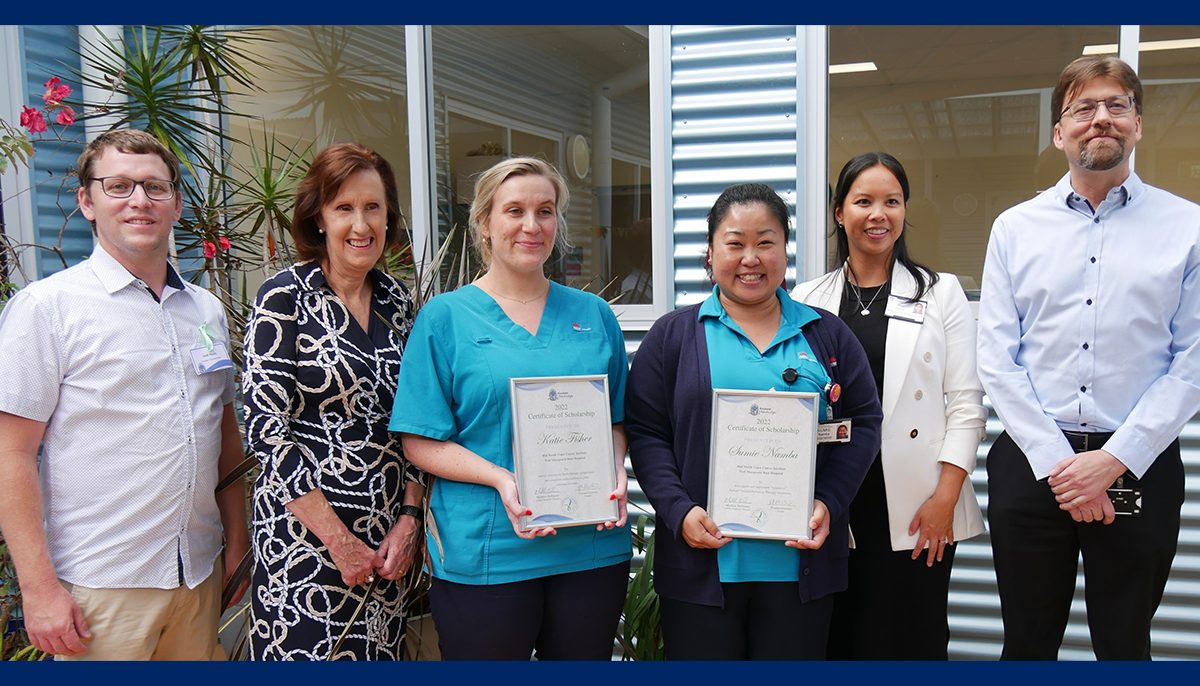 The Crestani Scholarships were founded in 2007 by Yvonne Crestani in memory of her husband Chris Crestani who, as chief radiation therapist at St Vincent’s Hospital in Sydney, treated thousands of cancer patients, and sadly died from cancer himself.

The aim of the Crestani Scholarships is to give radiation therapists, physicists, nurses and other allied health professionals the opportunity for higher education and research study by providing scholarships both in Australia and overseas.

Funding for the scholarships comes from fundraising, donations and grants.

“The Crestani Foundation is very proud in the knowledge that our contribution has produced more positive results for cancer patients.”

“We are pleased to announce that after talks with Matthew Hoffmann, Deputy Chief Radiation Therapist, we have now extended our scholarship awards to the Mid North Coast Cancer Institute at Port Macquarie,” Mrs Crestani said.

The Crestani Scholarships is a not-for-profit registered charity run by a group of dedicated volunteers.

“All of us have been traumatised by the diagnosis of cancer, whether it’s for ourselves, a loved one or a friend,” Mrs Crestani said.

“We are always mindful of the plight of those who have been diagnosed with cancer and those who will be in the future.”