Home Service above self 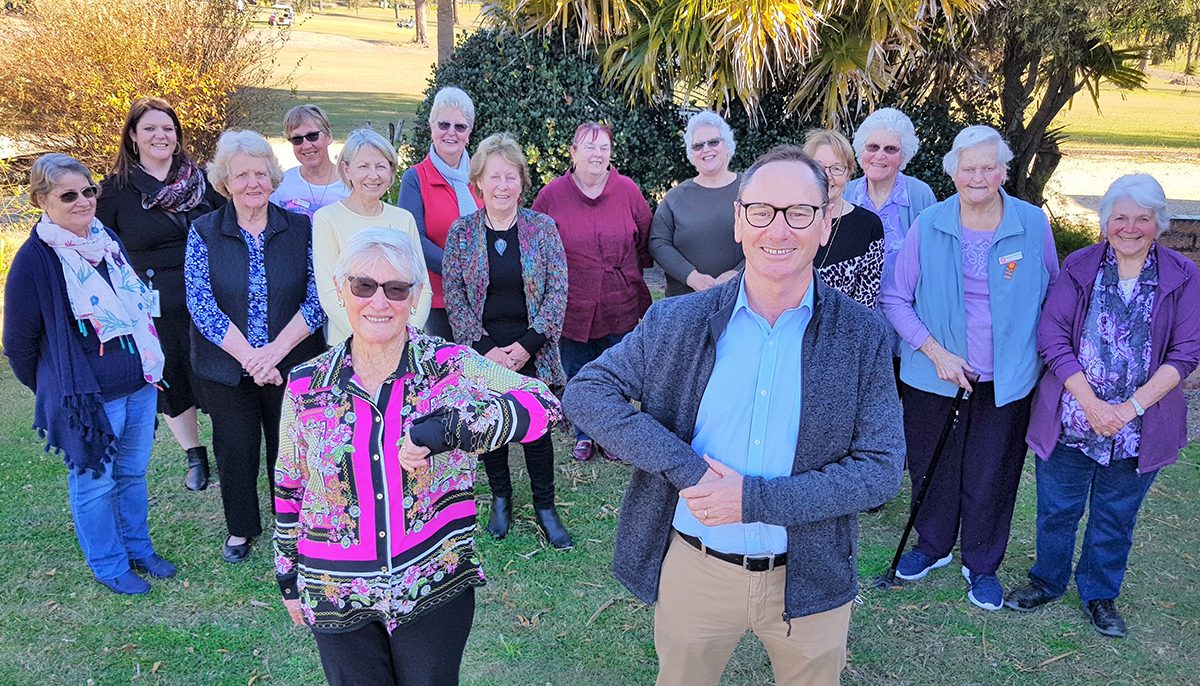 BowraMacksville UHA branch’s outgoing president Isabelle Hooper and Macksville Hospital Executive Officer/Director of Nursing Ray Green with some of the hard-working volunteers who keep the donations coming in to the hospital and the delicious food and coffee going out at the UHA Coffee Shop.

The hardworking members of the BowraMacksville branch of the United Hospital Auxiliaries of NSW has gifted $42,754 in equipment to Macksville District Hospital in the past year, making it one of its most successful years, despite the impacts of the COVID-19 pandemic.

The amazing result was revealed at the branch’s Annual General Meeting at the Bowraville Recreation Club, where committee members were joined by fellow volunteers and two hospital representatives – Executive Officer/Director of Nursing Ray Green and Acting Deputy Director of Nursing Donna Kennedy.

The meeting was also an opportunity to celebrate the presidency of Isabelle Hooper, an inspirational leader who has helped steer the branch in an executive capacity for all but three of her 30 years as a member.

At 89 years of age, Isabelle announced she would stand down as President, but did accept the mentoring and support role of Vice-president.

“Isabelle has played an integral role in the branch as a mentor, executive member and trailblazer, helping to start the old (UHA) café back in 2009,” Dee said.

“We are relieved you will continue on as a mentor in our new executive because without you, Isabelle, we would be lost.”

Lorraine Edmondson was elected President, although she was not present due to illness. Susan Hedgecoe was elected Secretary and Dee Hunter will continue as Treasurer.

The branch’s $42,754 donation for 2020-21 was mostly funded through the proceeds of the UHA Coffee Shop at Macksville District Hospital, and purchased an ultrasound for the renal unit, instrument tables, a training simulation device and three medical retrieval emergency bags.

Ray Green told the meeting the entire Macksville District Hospital team was grateful to the UHA volunteers, not only for the ongoing donations of equipment but for the invaluable service provided by the café.

“The UHA contributes in so many ways to the hospital, in particular the friendly café crew. We all appreciate your hard work, your effort, your smiles and your friendship.”