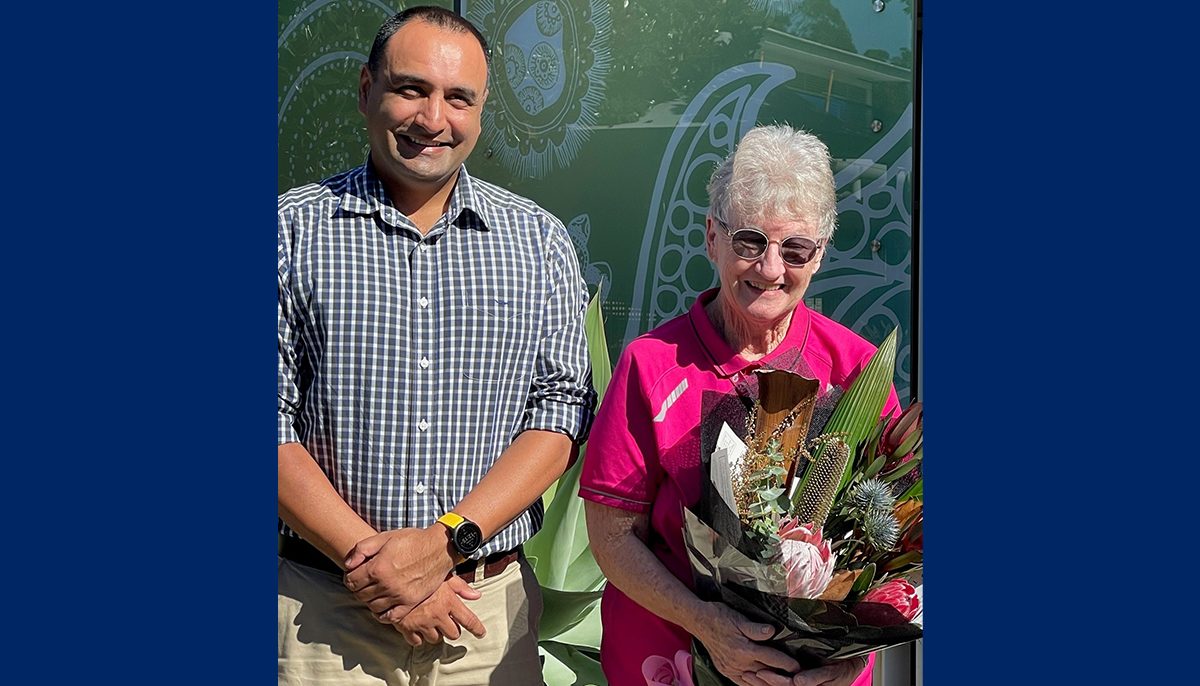 MP pays tribute to our Helen

The MP presented a bouquet of flowers and words of congratulations to Helen Mears, President of the Coffs Harbour Pink Ladies following the announcement last week that she had been named Volunteer of the Year at the 2021 NSW Health Awards.

The awards honoured the outstanding contributions of NSW Health heroes.

“I congratulate Helen on her thoroughly well-deserved state accolade, an exciting moment for her and our entire community,” Mr Singh said.

“Helen is highly regarded and admired and she has been a wonderful ambassador for the Coffs Coast during these prestigious awards.”

Helen has been a United Hospital Auxiliaries volunteer at Coffs Harbour Health Campus for the past 40 years and has been President of the local UHA group, affectionately known as the Pink Ladies, for more than 30 years.

The Pink Ladies under Helen’s leadership have raised more than $3 million for the hospital. Helen has tirelessly raised funds for medical equipment, staffed the hospital’s café and gift shop, and recruited, managed and inspired countless volunteers.

“Helen’s remarkable contribution to Coffs Harbour Hospital can truly be regarded as going above and beyond,” Mr Singh said.